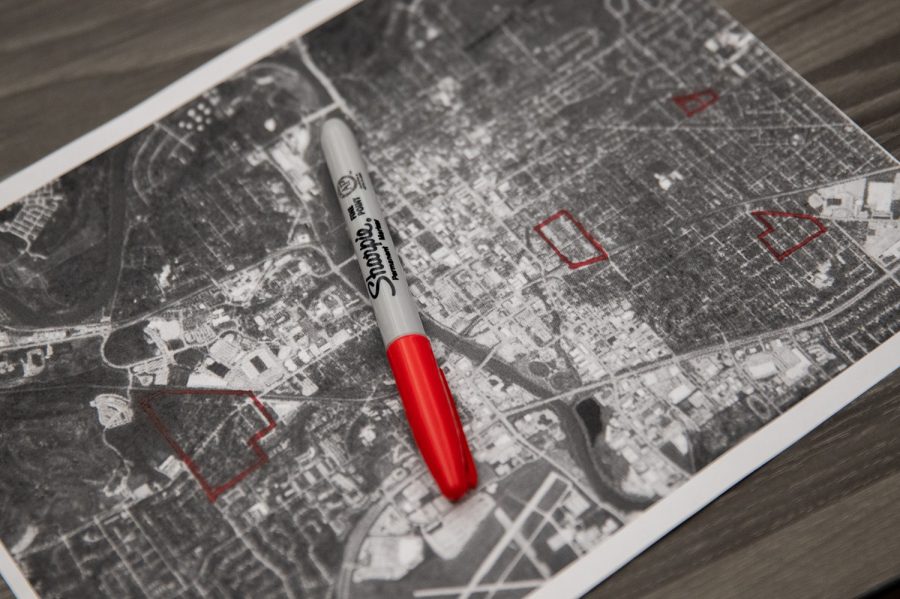 Discriminatory housing practices such as redlining, zoning, and covenants contributed to racial disparities in homeownership rates in Iowa City, which continue to this day.

Sara Barron, executive director of the Johnson County Affordable Housing Coalition, said the belief that black neighborhoods are less desirable is still perpetuated in the community and across the country.

Redlining, the practice of limiting bank loans and other financial services based on the neighborhood a person lives in, was made illegal by the Fair Housing Act 1968although the term is often used as a catch-all for other forms of housing discrimination.

“At the heart of it, redlining implies that neighborhoods where black people live are less desirable and less valuable than neighborhoods that are filled with white residents,” Barron said.

Colin Gordon, professor of history at the University of Iowa, was the lead author of a project who mapped racial covenants used in the Iowa City area between 1921 and 1947.

These covenants were formal written agreements in a subdivision or property sale that limited the sale to black residents, Gordon said.

Gordon said the deeds’ covenants may not have had a major effect on black residents of Iowa City at the time, as they were put in place in several subdivisions such as Cottage Reserve and University. Heights, while Iowa City had only about 100 people.

“It wasn’t as impactful as the university’s own practice of segregation, which until the late 1940s didn’t allow African Americans to live in dormitories,” Gordon said.

Until the late 1940s, black Americans could simply be excluded from acts, Gordon said, but when that was made inapplicable by the 1948 Shelley v. Kraemer Supreme Court caseinstead, municipalities engaged in other discriminatory practices.

“There’s a long-standing pattern of segregating the population based on race and income and depending on common practice or legal practice at the time, it takes all sorts of different forms,” ​​Gordon said.

One form of practice still used in Iowa City that limits housing opportunities for disadvantaged communities is zoning, a tool used to regulate land use.

Anne Russett, senior city planner for Iowa City, said about 80% of residential land in Iowa City is assigned to single-family zoning. Generally, this means that only houses built for one family can be built in these neighborhoods. Some flexibility exists in the code, allowing duplexes in higher-density single-family areas, per Iowa city code.

Rusett said widespread single-family zoning does not allow for a diversity of housing choices, including cheaper options, for individuals and families.

To address this, the City of Iowa City passed a new code in late 2021 for an undeveloped area of ​​Iowa City’s Southern District, which has a higher proportion of black residents than the rest of the city, which will require a variety of accommodation. types.

“The goal here is to increase the choice of housing, to have smaller units that hopefully are more affordable and will also aim to create more connected communities and hopefully in the future, as this area grows, it will be easily accessible by public transit,” Russett said. .

Barron described other Iowa City programs aimed at increasing homeownership, such as the Southern District Programwhich is using public funds to buy duplexes in the south borough of Iowa City and rehabilitate them.

“In most cases, someone who participates in this program and buys the house through this program pays less for their mortgage than they would rent the same house, which is a targeted way to take an area that has been affected by discrimination over the years and trying to right that wrong,” Barron said.

Despite steps taken to create opportunities for potential landlords, there are other barriers that affect marginalized communities in this process, especially those with financial barriers, Barron said.

“When we qualify for a mortgage, we continue to use a household credit score to determine whether or not they are eligible for a mortgage and the way credit scores are determined often disadvantages people from generational poverty,” Barron said.

Corn The purchasing power of black people has reached a record increase in 2021there continues to be an $11 trillion wealth gap and a 14% decline in the net worth of Black families nationwide.

Mark Edelman, chairman of the board of Iowa Community Capital, said homeownership is a major asset for personal wealth and net worth growth. He said that historically, black Americans have faced barriers to these assets, creating multigenerational impacts on wealth.

“In the case of African Americans in the United States, some of the current generational trends can be somewhat traced to redlining policies that have affected home mortgage lending, clearly dating back to the 1930s,” Edelman said.

In finding ways to address racial disparities in housing and wealth, Gordon said it was difficult to make a substantial dent because of the economic losses suffered by black Americans from events such as the Great Recession, contributing to generational barriers.

“It’s very hard to turn around because it’s built on this huge background disadvantage unless you find the right resources to put people in the housing market who otherwise couldn’t afford it,” Gordon said. .