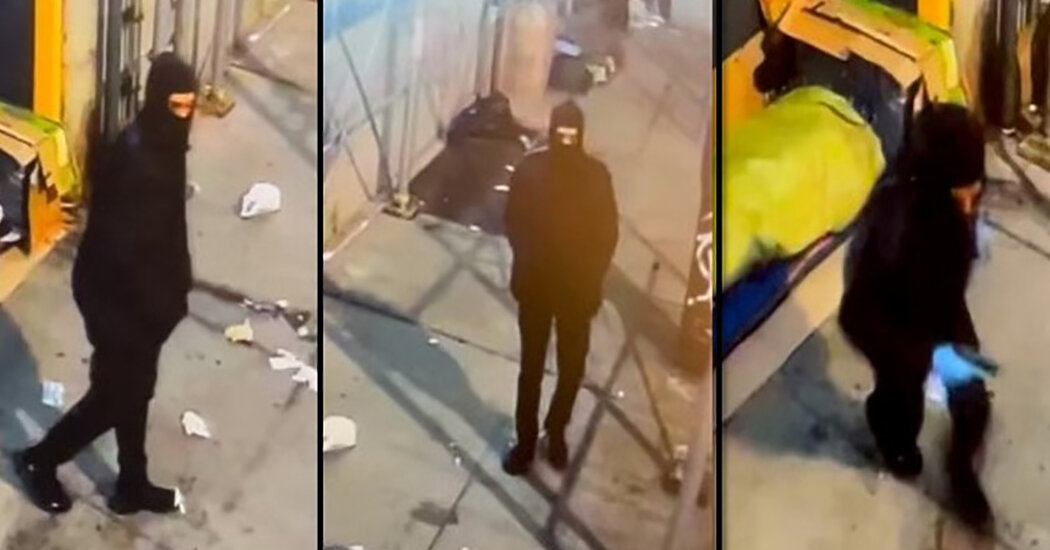 A gunman has targeted homeless people sleeping on the streets of Lower Manhattan and Washington and shot and killed five men, two of them fatally, in recent days, police in both cities said Sunday.

The two police departments said in a joint statement that “the similarity in the perpetrator’s modus operandi, the common circumstances involved in each shooting, the circumstances of the victims and the evidence recovered” led them and the Federal Bureau alcohol, tobacco, firearms and explosives, to undertake a joint investigation.

New York police were also investigating the death of another homeless man in Lower Manhattan on Sunday evening. The man, 43, was found dead at 6.30pm on Greenwich and Murray streets in Manhattan’s TriBeCa, police said – the same time a protest and vigil for Manhattan’s first victims was detained near the site of one of the first shootings.

Police initially said the man appeared to have died of a gunshot wound, but later said the cause of death had not been determined. It is not known if his death is related to the five shootings.

The first three shootings were in Washington, all in the northeast section. The Metropolitan Police Department said a man was shot on March 3 in the 1100 block of New York Avenue and another on Tuesday in the 1700 block of H Street, neither of them fatally, both in the middle of the night.

On Wednesday, police and firefighters responding to a tent fire on New York Avenue a few blocks from the site of the first shooting found a man inside the tent who had been fatally shot and stabbed, the report said. metropolitan police department.

The shooter struck again in Manhattan before dawn on Saturday. At around 4.30am police, responding to a call, went to the corner of King and Varick streets near the Holland Tunnel and found a 38-year-old man with a gunshot wound to his right forearm. The man was sleeping when he was shot, Deputy Chief Hank Sautner of the New York Police Department said at a press conference on Saturday evening.

The victim shouted “What are you doing?” and the assailant fled, Chief Sautner said. The victim was in stable condition at a nearby hospital, police said.

About 15 blocks away at around 6 a.m., the same person shot and killed a man who was sleeping in a sleeping bag outside 148 Lafayette Street in SoHo, according to police, who based their conclusion on a review of video footage.

Officers found the man dead at the scene when they responded to a 911 call shortly before 5 p.m., police said. He had been shot in the head and in the neck.

Police did not provide a motive for the shootings. New York Police Commissioner Keechant Sewell said in a statement, “Our homeless population is one of the most vulnerable, and an individual who attacks them in their sleep is an exceptionally heinous crime. “.

The shooting recalled other serial attacks on homeless people in New York, including a 2019 spree that left four people dead in Chinatown and the February 2021 stabbings of four homeless people in and around the metro, two of whom died.

On Saturday, Mayor Eric Adams called the first two shootings in New York a “clear and gruesome intentional act” committed because the men were homeless. “We need to find that person, and we need New Yorkers to help us,” he said.

Police have not released any of the names of the victims.

The shooting in New York came less than a month after Mr Adams began an effort to evict homeless people sheltering in the subways. Supporters warned at the time that given the chronic shortage of acceptable housing options for people choosing to live in the metro, most of whom are refusing to stay in the city’s barracks-like group shelters , the mayor’s plan could end up pushing people from the subway to the streets. .

Chelsea play to bring joy, anger and entertainment to fans and workers

How leaders can strike the right balance