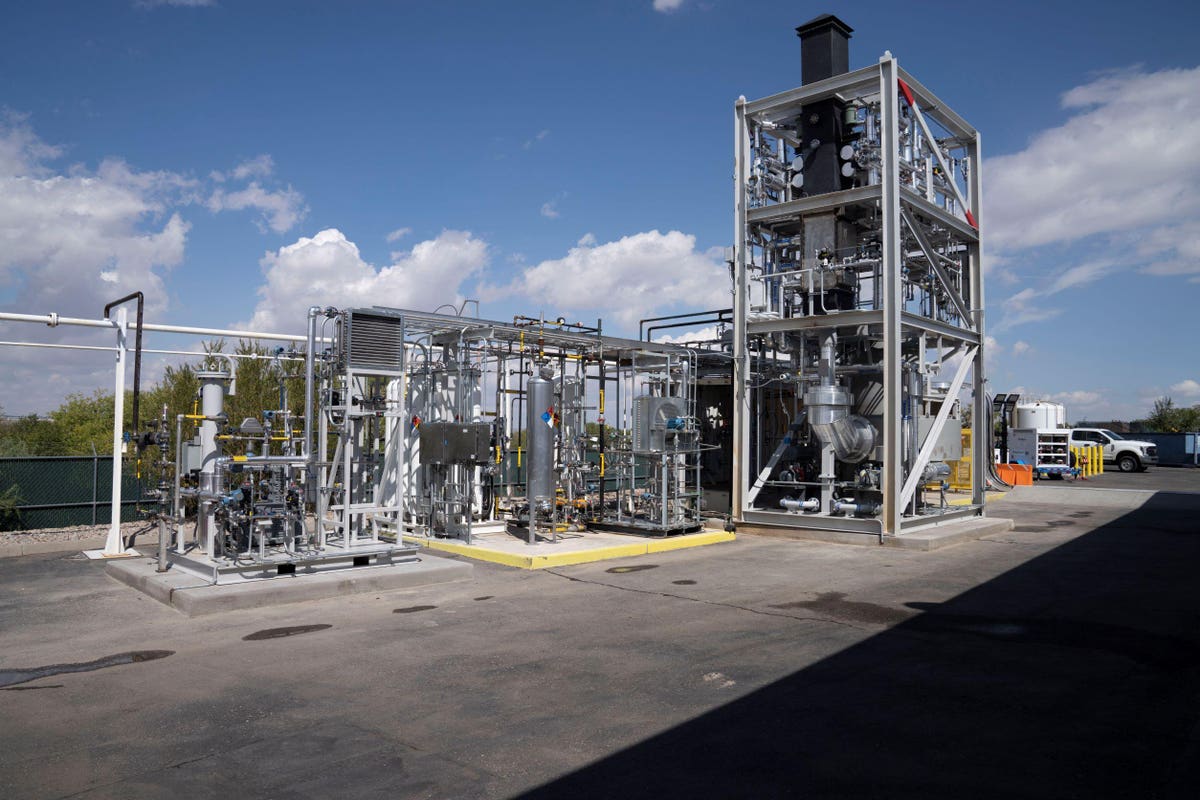 Last month, House Bill 4, called the Hydrogen Hub Development Act, was defeated by the Energy, Environment and Natural Resources Committee. There were various reasons for this.

The bill would contain tax incentives to start a new industry that would be part of the transition to renewable energy but linked to the booming oil and gas industry. The oil and gas industry would supply the natural gas to produce the hydrogen, then sequester or bury the byproduct carbon dioxide (CO2) – a process called carbon capture and storage (CCS). The hydrogen thus generated from methane is called blue hydrogen.

Additionally, the bill is among the first in the United States to include specific incentives for the production of hydrogen from renewable natural gas, which can produce “carbon negative” hydrogen. Such pathways do not involve the oil and gas industry, but are a unique feature that encourages investments that generate the cleanest hydrogen available.

The analysis below explains why the Hydrogen Hub Act was defeated in New Mexico and addresses the complications that can arise when a state pushes renewable energy transition plans.

A large sum of money – $8 billion – was allocated in the Infrastructure Act to put in place hydrogen hubs, a minimum of four of them, across the United States. Two of them should be located next to states with “the greatest natural resources”.

Governor Michelle Lujan Grisham sees this as a strong tailwind for New Mexico. A whole new blue hydrogen production industry would provide well-paying jobs, especially in parts of the state where coal-fired power plants are shutting down.

The bill would reduce greenhouse gas (GHG) emissions in some hard-to-reduce hydrogen applications, including commercial trucking, aviation, shipping, and steel or cement manufacturing plants. Hydrogen can also be injected into the natural gas distribution network to reduce its carbon footprint.

But there is a serious headwind related to gas emissions. Blue hydrogen is much more common and less expensive than green hydrogen which is made by electrolysis of water. Blue hydrogen comes from methane, so this method uses natural gas as the raw material.

If the source of methane is gas from drilled wells, its production involves methane leaks at wellheads, in pipelines, and in gas processing facilities, and methane has a far greater global warming effect than its more common GHG sibling, carbon dioxide. This is an issue that should be resolved through direct regulation of oil and gas production methods.

In addition, natural gas is the raw material and fuel to heat and decompose methane into hydrogen, the resulting CO2 must therefore be captured and permanently buried by the CCS method.

On top of all that, CCS has its own scaling challenges.

The headwind above is technical, and careful improvements, already underway, can reduce the headwind to a breeze.

But there is another, stronger, political headwind that has taken people by surprise. One of the ideas behind the hydrogen option was to engage the booming oil and gas industry in New Mexico.

Faced with the dilemma that exists between maintaining oil and gas interests that provide 35% of general state revenue and climate commitments to reduce GHG emissions to net zero by 2050, the state has had to have the impression that the Hydrogen Hub bill was a win-win. .

But not so. It backfired because environmental and other interests could only see tax subsidies to big oil companies, to increase gas production for hydrogen generators, and to bury the CO2 byproduct underground. Oil companies already receive large subsidies and also make huge sums of money: around $24 billion a year at the wellhead.

The political wind was too strong. The Hydrogen Hub proposal, renamed House Bill 227, was submitted this week to another House committee, the House Appropriations and Finance Committee. But it was removed.

The derailment of the Hydrogen Hub proposal was disappointing to some because of BayoTech, a company that actually produces hydrogen in New Mexico.

The BayoGaas Hub claims a smaller, more efficient generator that makes hydrogen cheaper and with a lower carbon footprint than the large centralized plants that supply hydrogen to chemical manufacturers and refineries.

Feedstocks can be clean natural gas or other renewable sources that can produce carbon negative hydrogen. Sources of biomethane such as anaerobic digesters which involve the production of renewable biomethane from agricultural and agricultural waste, sewage treatment plants and landfill gas represent a tremendous opportunity for renewable hydrogen production.

Three hydrogen hubs are being rolled out in the US in 2022, with plans to expand the network across the UK and globally. Each of the hydrogen hubs in BayoTech’s network produces 1 to 5 tons of hydrogen per day. The hydrogen is delivered locally in high pressure transport trailers carrying gas cylinders.

But the two new hydrogen buses arrived before the on-site hydrogen generator was completed. BayoTech was called in to provide portable hydrogen into high-pressure transport trucks, which successfully loaded the fuel cells so that employees could train and test the buses. BayoTech saved the day by providing a temporary fueling pole and trailer.

According to BayoTech, hydrogen fuel cell buses perform as well as conventional diesel buses, but with no tailpipe GHG emissions. Advantages over electric motors include a range of 300 miles, a 10-minute recharge time and service stations for up to 100 buses.

Hydrogen fuel, carefully generated to minimize its carbon footprint, has smaller-scale applications such as transit buses. The benefits of portability and flexibility are maximized around local hydrogen hubs.

The smaller scale of transit buses separates them from the proposed Hydrogen Hub Act in New Mexico. Such a broad concept, which would benefit from becoming part of the oil and gas industry, was seen by many as a tax credit subsidy to the industry, when the goal of many stakeholders was to shift from fossil fuels to renewable energies.