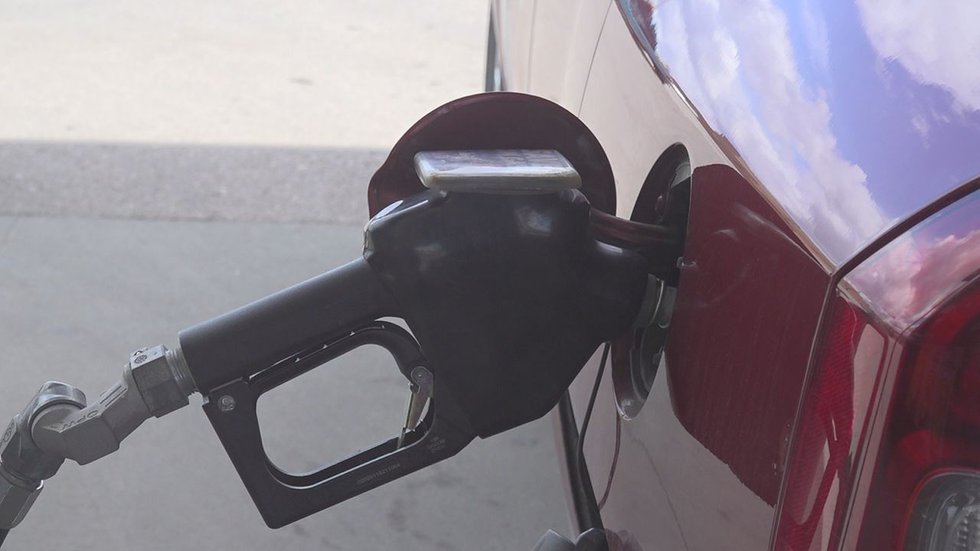 LINCOLN, Neb. (Press Release) – Just a week after the Biden administration’s decision to expand the availability of a higher-grade ethanol fuel blend called E15, Nebraska lawmakers have passed a bill that will provide incentives to retailers who sell it.

LB596, a bill combined with LB1261e, allows a credit of 5 cents on every gallon of E15 sold and 8 cents per gallon of E25 or higher blends sold – making ethanol more affordable for retailers helping to maintain low fuel prices for its customers. Retailers can claim the credits from the Nebraska Department of Revenue.

“At the retail level, very simply, E15 is a better fuel and costs less,” said Randy Gard, chief operating officer of Bosselman Enterprises and secretary of the Nebraska Ethanol Board. “We are delighted with the passing of LB596 and what it can do for our customers. If you are a retailer, there is nothing stopping you today from making the switch from E10, the standard fuel that most people are using today, to join this mass conversion to E15. There are incentives with LB596, there is consumer demand, there are certainly pricing pressures and increased availability in terminals. is a win for everyone…retailers, legislators, farmers and ranchers, and especially ethanol users who support Nebraska’s economy, help the environment and save money every time they fill up.

Grand Island-based Bosselman Enterprises was an early adopter of E15 in many of its Pump and Pantry locations across the state. They continue to see double digit sales growth for E15 every year.

Interested in selling high ethanol blends? If you are considering selling higher ethanol blends and need more information, contact the Nebraska Ethanol Board at 402-471-2941 or visit the resources tab at ethanol.nebraska.gov. E15, a blend of gasoline and 15% ethanol, is safe and approved by the U.S. Environmental Protection Agency (EPA) for use in 2001 or newer vehicles, light trucks , medium-duty passenger vehicles (SUVs) and all flexible vehicles. Fuel Vehicles (FFV). Nine out of 10 cars, trucks and SUVs on the road today are manufacturer-approved to run on E15. E15 both has a higher octane rating and costs less than regular unleaded gasoline due to its higher ethanol content. This gives retailers cheaper, higher octane fuel to display on the price board to attract consumers.In Nebraska, E85 is available at 125 gas stations and E15 is available at approximately 110 gas stations. Locations can be found at fueledbynebraska.com. If the country adopted an E15 fuel standard, consumers would save $12.2 billion in fuel each year, according to industry expert Growth Energy. Infrastructure funding is also available. Find details on ethanol.nebraska.gov/resources/incentive-programs/.

Who can use ethanol? Everyone! More than 98% of US gasoline contains ethanol, typically E10, according to the US Department of Energy. Because of the ethanol blended into our fuel stock, consumers using ethanol are already saving $0.40 to $0.60 per gallon compared to fuel that does not contain ethanol. E15 can save consumers about an additional $0.10 per gallon. Ethanol, which is made from inedible field corn, is non-toxic and provides the octane boost needed in engines while displacing harmful aromatics and reducing particulate matter, carbon monoxide, BTEX (benzene, toluene, ethylbenzene, xylene) and other pollutants that lead to respiratory problems, heart disease and even death. The higher the mixture used, the lower the toxins. According to the US Department of Agriculture, biofuels reduce greenhouse gas (GHG) emissions by 46% compared to gasoline.

“We need to raise the bar and set the standard for clean fuels for generations to come,” Senator Joni Albrecht said at the April 19 signing of the bill. Albrecht is just one of many Nebraska lawmakers championing efforts to make ethanol more widely available. “If consumers have a choice, they will choose a higher blend of ethanol that is cheaper and better for the air. Only 10% of Nebraska’s gas stations offer higher ethanol blends, but reinvesting in our state’s fuel infrastructure through this tax credit will mean a huge win for Nebraska.

Federal legislation has also been introduced to ensure that higher blends of ethanol are available year-round. The Next Generation Fuels Act (NGFA) has bipartisan support, including the entire Nebraska House delegation. The NGFA would provide immediate access to E15 nationwide and provide the framework for adopting the use of higher ethanol content fuels in conventional vehicles. Biofuels, including ethanol, are underutilized in today’s fuel market, but there is no need. Nebraska’s ethanol plants have the capacity to produce 2.6 billion gallons each year, but only produce about 2.2 billion gallons. By enabling broader and permanent use of lower-cost ethanol blends, Nebraskans could better protect the Earth from the impending climate crisis, improve our nation’s energy security, and realize the economic benefits of ethanol.

Turning credit transfer from a black box into an open book