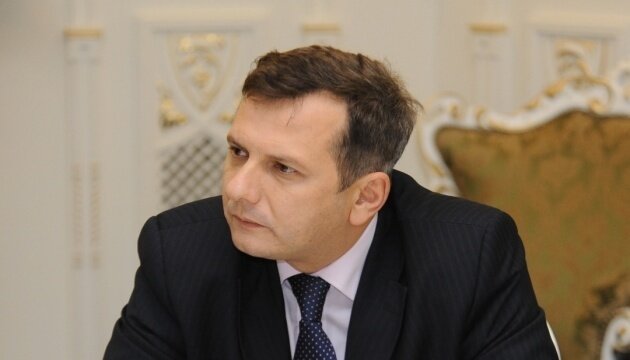 The relevant statement was made by the adviser to the President of Ukraine for economic affairs Oleh Ustenko during a telethon, reports a correspondent of Ukrinform.

“In the first week of the war, we suffered losses worth around $100 billion. These are the assets destroyed by the Russian occupiers. This amount increases every day. Now I would say it’s around $650 billion,” Ustenko said.

In his own words, taking into account additional losses caused by unfavorable financial and economic processes, the amount of damage inflicted on the Ukrainian economy reached about 1 trillion dollars.

“This is the amount that must be compensated by the Russian Federation after our victory,” Ustenko stressed.
Several task forces are now looking for Russia’s hidden assets. According to Ustenko, Ukraine has every right to use these assets to compensate for the damage caused by the Russian military.

“We can use these funds to take conditional credit resources in the countries where they are,” Ustenko explained.
The Ukrainian government is now considering possible mechanisms for reimbursing Ukrainians for damaged or completely destroyed homes and businesses. The aforementioned assets can be transferred to the Ukrainian government and then used to pay these refunds to citizens. Additionally, law firms may be involved to secure direct payments through the seizure of Russian assets.

Found a spelling mistake? Let us know – highlight it and press Ctrl+Enter.