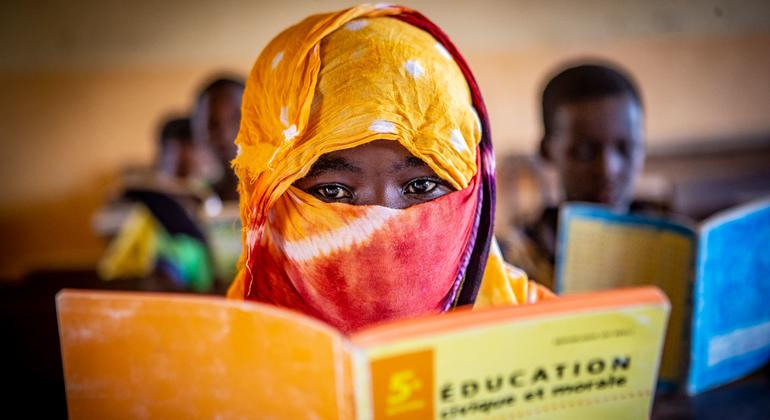 The Sahel is a vast, underpopulated region that stretches across Africa from Senegal in the west to Djibouti in the east, an area destabilized by conflicts linked to terrorism, the effects of climate change and the lack of development.

UN News spoke to Mr. Annadif about solutions to the problems facing the region.

What is the historical context of the Sahel region?

The Sahelian populations are far from the decision-making centers of the countries that make up the region and therefore live on the margins. But they are resilient and self-sufficient, living off trade and nomadic agriculture.

Following political unrest in Libya and before that in Afghanistan, this region has become a haven for terrorist groups who use religion to incite hatred. It is not Islam, it is a corrupt Islam that these groups want to spread to serve their plans, taking advantage of the fact that most people in the Sahel are very sensitive to religious issues.

Due to the lack of basic services and infrastructure, some people may be tempted to join the discourse of these groups which, in certain situations, play the role of the State by providing services such as education, health and righteousness.

Annadif Khatir Mahamat Saleh, Special Representative of the Secretary-General for West Africa and the Sahel.

Can you describe the situation today?

Today, the Sahel is infested with terrorists. With the fall of Gaddafi in Libya, the region has become an open-air arsenal, where weapons circulate like bread; anyone can get a gun, which causes violence.

The region is also suffering from the impact of climate change. Before, nomadic herders and farmers coexisted well side by side, but with climate change, there is less land to cultivate and less pasture for herders, which has led to more inter-community conflicts.

In the past, local leaders helped mediate these conflicts, but they have been ousted by terrorists who, in some cases, manipulate and escalate disputes between farmers and herders in order to expand their sphere of influence.

What type of crisis is the region facing?

The region faces multiple crises, for which the populations of the Sahel are not responsible. These are global issues with global effects: we are seeing more illegal migration, more terrorist influence and the destabilization of states.

With a little support, Sahelian countries could make progress against these overlapping crises and provide a bulwark against terrorism. But it is important that the international community remain engaged to support the efforts of the countries of the region.

A Malian refugee family who fled violence and conflict sit under their shelter in a camp near Dore in northern Burkina Faso.

What are the solutions to these deep rooted problems?

Investing more in education is vital to articulating durable solutions. In a region made up of 60 to 70% young people, it is crucial to redouble our efforts to ensure young people’s access to education.

It is important that the State and public institutions play their role in ensuring the provision of basic services and putting in place infrastructure for development. There is no way out without development. And this requires a minimum of financial support.

It is also important to see the Sahel as a region of opportunity rather than just a problem, and people must be seen as part of the solution rather than part of the problem.

Where are these opportunities?

Most people in the Sahel want peace; they are hardworking, resilient and can live on very little. They don’t ask for much. The opportunity is there to exploit the resources that lie beneath the earth’s surface, for example underground sources of water, minerals and gold.

Terrorists sell gold mined in the Sahel to finance their operations.

If these resources were properly exploited, if the people who live in the Sahel benefited from them, it would be a way to stop the illicit flows of drugs, weapons and people through the region.

Even if these people are poor and neglected, they are proud and attached to their region and will no longer want to leave it.

A soldier from Burkina Faso stands guard along the border with Mali and Niger during a military operation against suspected terrorists.

How does the United Nations support these solutions?

The United Nations is a key partner in the Sahel, working in coordination with various partners to support the tireless efforts of governments in the region.

As part of the implementation of the United Nations Integrated Strategy for the Sahel (SINUS), the United Nations contributes to peacebuilding, humanitarian assistance and development through the work of agencies, funds and dedicated United Nations programs serving the populations of the Sahel. every day, to shape a better future.

Under the leadership of Mar Dieye, the Office of the Coordinator for the Development of the Sahel (OCDS), is actively working to mobilize regional and international partners to accelerate the implementation of development programs and projects within the framework of the UNISS .

The governments of the Sahel countries are doing what they can and we must continue to support them. Their efforts are necessary but insufficient to put an end to the various challenges.

Given the changing global situation caused by the Ukrainian crisis, I call on the international community not to neglect the Sahel region and to maintain its financial support and political commitment to the region. We must all remain mobilized at this critical time in the countries of the Sahel.