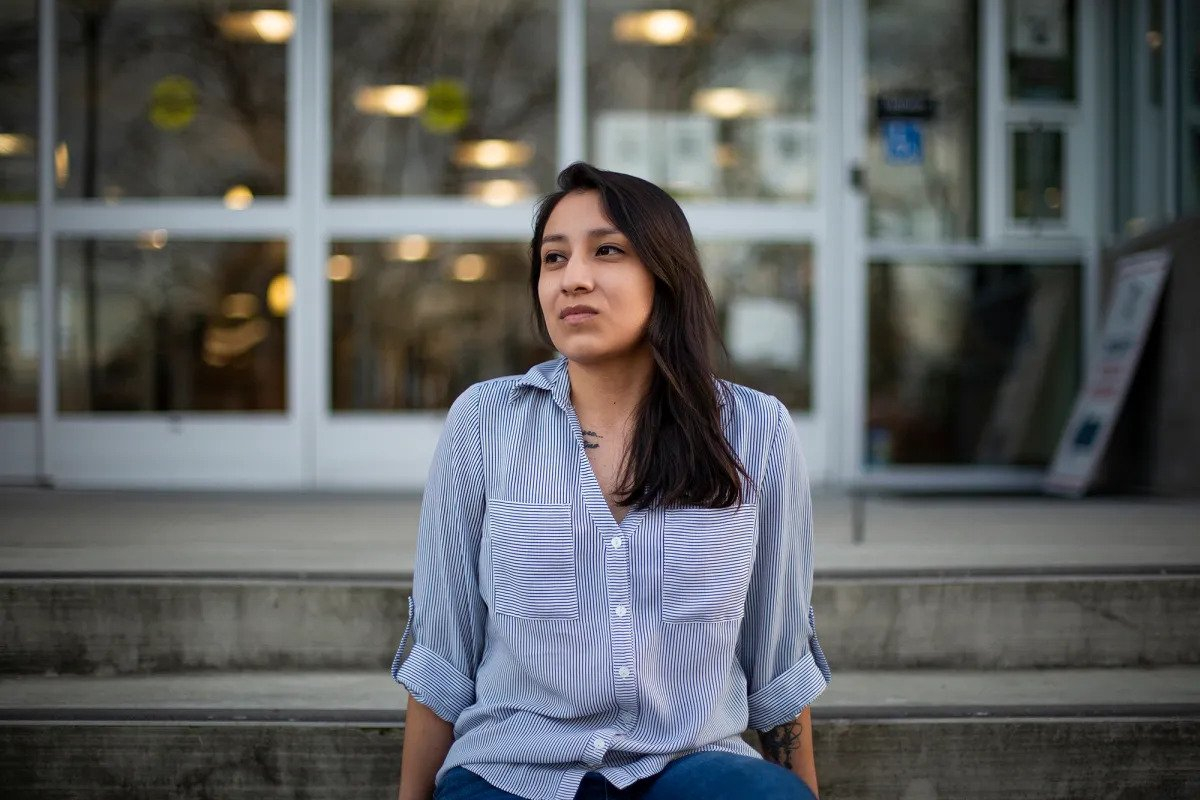 What people are wrong about first-generation college students | News

When I started at Stanford this fall as a first-generation student, I automatically felt immense pressure. I felt the need to prove that I deserved my place – especially as I watched my peers, many of whom came from affluent backgrounds and already had impressive internships planned for the summer and national awards listed on their LinkedIn profiles. .

The feeling of not being in my place did not go away when I arrived on campus. Moving weekend, I was surrounded by other freshmen whose parents had attended Stanford and could show them around. This was not the case for me — both my parents are immigrants from Mexico. My mom, who never finished high school, and my dad, who didn’t make it past college, were impressed with where I was going to live for the next four years.

At the start of the school year, I struggled with feelings of burnout while pushing myself academically. I signed up for an ambitious 18-unit course load in the fall, compared to the typical freshman load of 14 units. I accumulated extracurricular activities, including the school newspaper, Stanford Women in Politics, and a scholarship to the CalMatters College Journalism Network. This term, I challenged myself by enrolling in Math 19, Stanford’s introductory calculus course. But I soon saw gaps in my learning. The material I had learned in my under-resourced high school had not prepared me for college-level math. I finally opted for a credit/no credit for the class instead of a letter grade, a decision that was very difficult.

I know I’m not the only first-generation student struggling without the support of my family members who went to college.

AT Stanford, 18.5% of the class of 2023 is first generation. About 41% of undergraduate students University of California system and almost a third of California State University students are the first in their families to attend university. And COVID-19 has made it a tough year for all students.

For the CalMatters College Journalism Network, I set out to talk to other first-generation college students on California campuses about what it was like to adjust to academia — and what they wish others include first-generation experience.

(Comments have been edited for length and clarity.)

First generation students have a lot of determination and drive. And that’s what I think people need to understand better.

They have seen their families endure so much. My mother came from the Dominican Republic and had to work job after job.

The good thing about being a first generation college student is that you have the drive to keep finding more resources. But I think what people think is that we’re just confused and we don’t know anything.

I experienced this in high school. I was looking for journalism programs because I was really interested in journalism. I was too scared that I wouldn’t be able to get into a program like the Princeton Summer Journalism Program (PSJP), but I decided to go anyway.

PSJP was really amazing as we were able to interact with different journalists. We were assigned an advisor who was able to help me with the (academic) applications. I would recommend first generation students to take any similar program.

When it came to enrolling in a private school, especially enforcing an early decision, it was really difficult for me, because my school counselor was like, “Oh, you might not get enough help, and you’re going to have to go to that school and I can’t afford it.” But my PSJP adviser told me: “You will be able to afford it. The school meets all needs.

I didn’t know who to listen to. I’m glad I listened to my PSJP adviser. Because otherwise I would have (gone) to a public school that wouldn’t have given me any money.

(Going to Stanford) was a very exciting time for me because (when I was growing up) my parents worked at the Coffee House on campus. When they couldn’t find a babysitter for me and my sister, they took us to work. I didn’t know English very well at first, so I remember trying to raise money for a field trip in high school by selling these little dollar chocolates. I remember setting it up here and someone helping me translate my little sign and then Stanford students buying my chocolate.

Now, coming here, of course, I’m older, I speak English. My parents couldn’t help me with the application process, but when I got to Stanford, they knew exactly where everything was. My mom was like “OK, this is where your chemistry class is supposed to be, your math class is going to be here, but you have to take this door to get in.”

Coming to campus, the aspect that scared me the most was just meeting up with my friends, my group of friends. It was a moving experience. On (anonymous messaging app) Fizz, there was a comment I once saw about low-income first-generation college students always pushing this perspective that they’re victims. There’s a lot to unpack in there.

When I saw it, I just wondered what made that person feel the need to make that comment. When people say disrespectful things to someone else, it’s because they don’t get the whole story. I encourage this person to come to one of our community building events, just to learn more about this community on campus.

My freshman year, I first joined the First Generation Low Income Partnership as an intern and now I’m the co-chair of the organization. At Thanksgiving, we do programming for students who weren’t able to go home during the week. We got funds to buy a bunch of goodies and the students could come over, grab a bag and shop for things. I want them to know that there are people on campus who care about their well-being and that they belong here.

There’s this assumption that (the first-generation students) are going to follow in their parents’ footsteps. They’re like, “Oh your parents didn’t go to college, so you’re pretty much like them.” Now that I’ve started college, I feel like I have a duty to finish college. It’s like a responsibility that I have to take care of.

Going straight to four seemed really scary. Starting out at a community college made it so much better. It reduced the tension a lot. Now, when I pass in four years, I know what is happening, what to expect and what they should expect from me.

(I had) no guidance from my parents. (First generation students) literally don’t know what to expect. It’s like a fog; they walk blindly through something. I really didn’t want to go to college but my teachers pushed me.

It was a different water that I was treading so at first I was very scared. Then over time I really thought about it and it was really exciting. I’m actually starting to like it; I made the right decision.

I knew from college that I was going to be a first-generation college-going student. In college, I said, “Mom, do you have a trust fund for me? Do you have anything for college?” And she said, “No, I don’t.” I had a bunch of other friends whose parents had bank accounts set aside for their kids.

For the most part, I’ve always had good grades and I think that’s how I’ve always presented myself to others. It’s just the expectation they have for me. As first-generation students, they don’t know how difficult college can be—how overwhelming it can be—because they’ve never had that experience.

Something that people misunderstand about being first generation is this assumption that, “Oh, you’re really smart because you got into this college, so you know what you’re doing, you know how to handle it. ” But in reality, we really don’t know what we are doing. They think you know how to register (apply for federal financial aid) FAFSA on your own. They expect you to be able to handle all of these responsibilities.

Every time a family friend sees me, he’s like, “Oh, how’s college? How are you ? And of course, my answer will always be “Yes, I’m fine”. But in reality, there are always struggles, and I feel like that’s something people don’t really think about.

I come home every weekend, and almost every weekend I have homework. I’m just stuck in my room doing my homework and I feel so drained and so overwhelmed. Friends and family need to understand this. I tell my mom all the time, “I’m just going to go to Starbucks and do my homework,” because I just need a change of environment.

The university is a big, big, big responsibility. And it hurts your mental health. And I feel like that’s something we need to pay more attention to.

It’s important not to overwhelm yourself because at the end of the day, you’re doing what you love and doing it for yourself. It is important to remember that you are doing this for yourself and it will benefit you in the best possible way. Breathing deeply is OK. Taking a step back is good.

I was in college for about five years because of work. The main problem was deciding if I wanted to continue working, because that’s what my parents did. When in reality, I want to go to school. I want to learn about people’s experiences and I want to love what I do. I don’t think anyone should ever have to choose between these things.

My parents came here and they were working. They didn’t go to school, they didn’t think about school. They said, “If you can succeed in your job, you do it more than anyone else.” You had to do it to get somewhere. This mentality definitely passes.

I want people to really understand that first generation students sometimes start from scratch. How to register for a course? How are you even doing in college? I mean, did I just walk in and say, “Hey, I want to go to American River College?” That’s literally what I had to do to figure it out.

If I could give advice to first-generation students, I’d say it’s going to get really tough at times. You’re going to be tired, you’re going to be exhausted, but go ahead because we need people who come from this process to be part of society and to integrate into different branches of society, and for certain branches, you have to go to school.

Luna is a comrade with the CalMatters College Journalism Network, a collaboration between CalMatters and student journalists across California. This story and other higher education coverage is supported by the College Futures Foundation.

How to Get Broadband Without a Credit Check